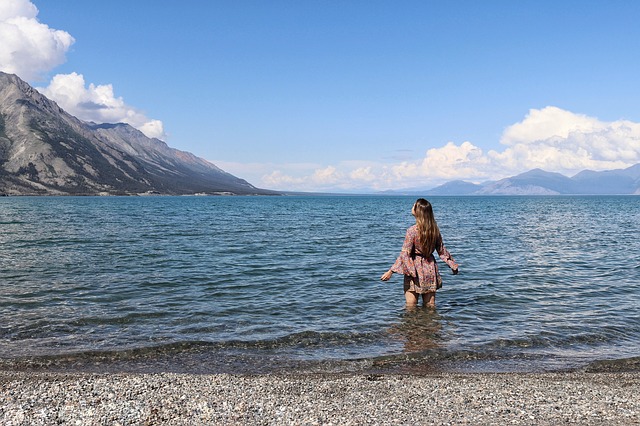 It may be small but there are still plenty of things to do and see in the Yukon. Most of these involve the stunning natural landscape of the region though there are some excellent historical and cultural sites as well. Here are a few examples of some of the top spots to visit when travelling to the Yukon.

The Yukon Beringia Interpretive Centre is an exhibition facility in Whitehorse. It is still a relatively recent addition as it only opened in 1997. Beringia refers to the large mass of land that covers the area from Kolyma River in Siberia all the way to the Mackenzie River in Yukon. The centre focuses on this land area with information on its history and formation. This area is of great interest to many archeologists as well as paleontologists as it is believed that major migrations, both animal and human, occurred across this land.

The hot springs are a series of natural hot pools just outside the city of Whitehorse. There are two different pools each with a different temperature with a large 80 site camping ground. A very popular tourist destination, as well as being a nice place to relax it is also a historical site. This area was used by the First Nations people for many centuries. It wasn’t until 1907 that the site was used for commercial purposes and understood for the healing benefits the springs produced over time, the pools were built up. First with wood in the 1940s and then upgraded through time until now when there is a concrete pool walling in the springs. Even to this day though, constant upgrades are being made.

The Miles Canyon Basalts are a grouping of rocks that were created by lava flows. These eruptions took place across an ancient landscape and form strange and wonderful shapes. They are best seen at Miles Canyon at the point where the Yukon River winds through a group of these lave flows just before Whitehorse city. This was one of the points that caused a lot of problems for prospectors during the Klondike Gold Rush as the narrowing of the river also created rapids. Miles Canyon is probably from the Pleistocene age though some experts suggest that it could be even older. These rock formations could be as much as 8.4 million years old.